Someone sent me an article the other day about the rise of the Lumbersexual.  It asserted that urban men were growing beards because their masculinity was in crisis.  After reading it I thought to myself “Shoot, I just like having a beard.”  A true beardsman grows it for himself.

"Growing a beard is a philosophy; a discipline based on patience."

We live in an on-demand, instant gratification world where everything is available at the click of a button. There is a level of dedication and commitment that growing a beard requires. Growing a full beard reveals something about a man’s character.
You can’t just download a beard.

A man doesn’t decide to grow a beard, he decides whether to shave it off each day or not.  There are ups and downs of growing a beard; the first stage is deciding to stop shaving. Great ready to field questions like “Are you growing a beard?” (This one always makes me chuckle) and “Why did you decide to grow it?” (As if manliness has a season).  Co-workers, family, and friends will bombard you. Stay the course.  You’ll quickly find which camp people are in as they share their unsolicited opinion.  The second stage is dealing with the awkward and itchy stages as it expands.  Stay the course. Finally, the beard and mustache start to take real shape after 2-3 months.  At that point it can be trimmed and shaped into the style you desire. Stay the course.  Even when you’ve built a fine beard, there will be discouragers and detractors.  Stay the course. 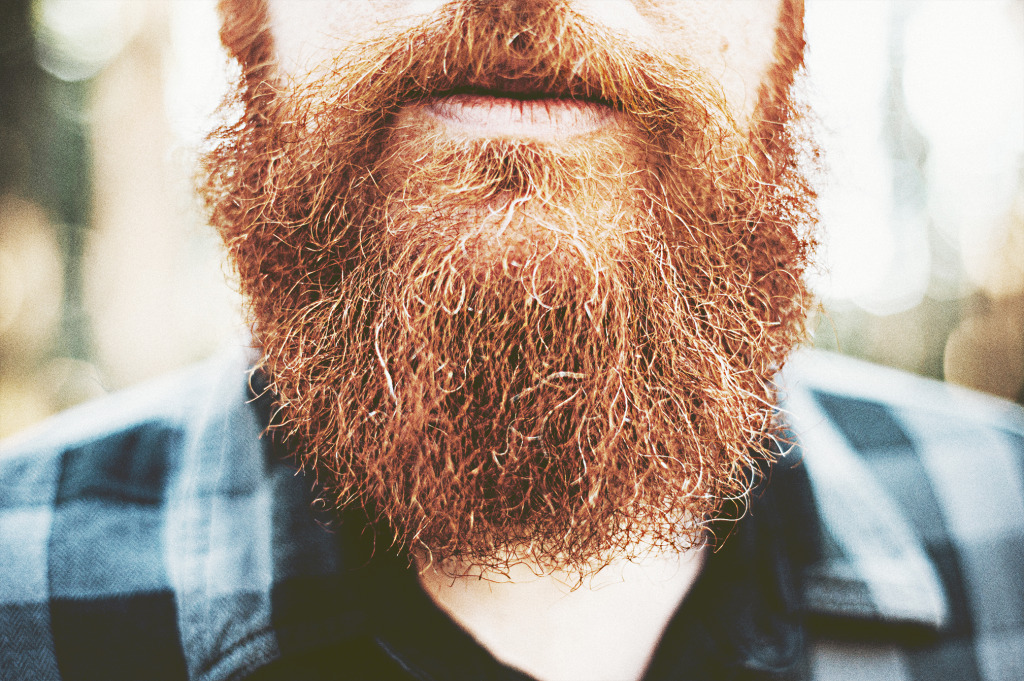 "Bearding isn't a trend. It's as age-old as humanity itself."

In 1854 T.S. Gowing composed a lecture called A Philosophy of Beards for the Westminster Review.  He accused shavers of “a deliberate offence against nature and reason.”  Beards have been a point of pride for men of every generation; a way of distinguishing themselves from other males of the species. From the Spartans at Thermopylae in 480 BC to Hipsters in Brooklyn in 2014, the beard has been a sign of strength and independence for generations.

Bearding makes you more approachable.  When a man with a full beard walks in the room he exudes confidence.  People treat you differently with a beard; usually with more dignity and respect.  At a minimum, it’s a conversation starter.  People without beards usually have something to say about it and men with beards usually give a nod of approval.  Last week a bearded fella simply fist-bumped me and said “Keep up the good work.”

"Growing a beard is not necessarily a right, and not everyone can do it. But for those that can, it is a privilege and a joy."

Some people admire the beard and some people admonish the beard.  I give them both the same credence; I don’t get overly excited about either one.  I politely accept compliments and don’t get offended by criticisms (It’s part of the zen of bearding).  A beard isn’t simply growing hair, it’s a state-of-mind.

I grow my beard because I want to.  Because I can.  Why do you grow?