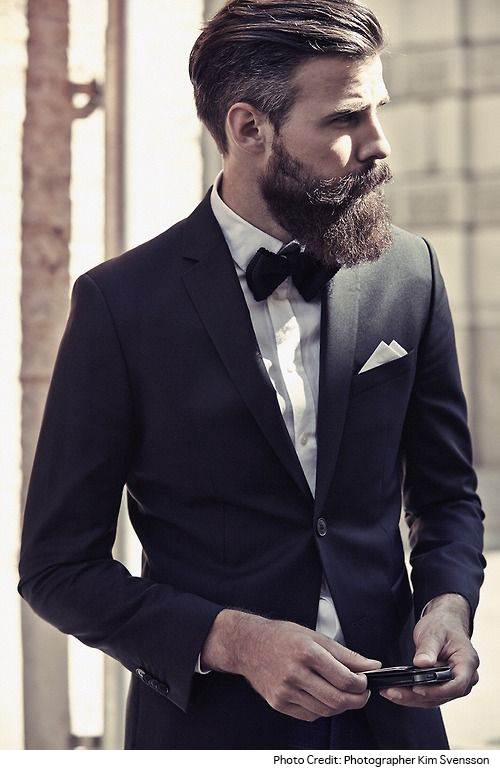 "Joining the ranks of beardsman will bring you more confidence. "

It was October of 2013 and my brother-in-law said “You should grow a beard for No-Shave November.” I had been clean-shaven my entire life. I had a strong follicular pattern, so I decided to give it a try. An entire world was opened up to me; one that I had no idea existed. Joining the ranks of beardsman will bring you more confidence.

1. The Secret Society of Bearded Men.

When my beard really started coming in I began to notice that other men with beards would give me a nod of approval when out in public, a bit of an ‘atta boy’. As my beard grew in strength and might, the nods became verbalized. Getting continued affirmation and acknowledgement from other people gives you confidence to keep growing. The Bearded Brotherhood is very real and everyone who is in the club knows it.

It reminds me a little of when I had a motorcycle. I never knew that motorcyclists had a secret wave of recognition when they pass each other until I had a bike. It’s a mutual respect and admiration for something that brings you joy. Beard Brothers are the same.

I have made friends with total strangers and connected with co-workers over a shared appreciation for bearding. There are several members of our staff that have beards and we had not previously talked much before having beards. It’s like gaining membership into a club you didn’t even know existed. 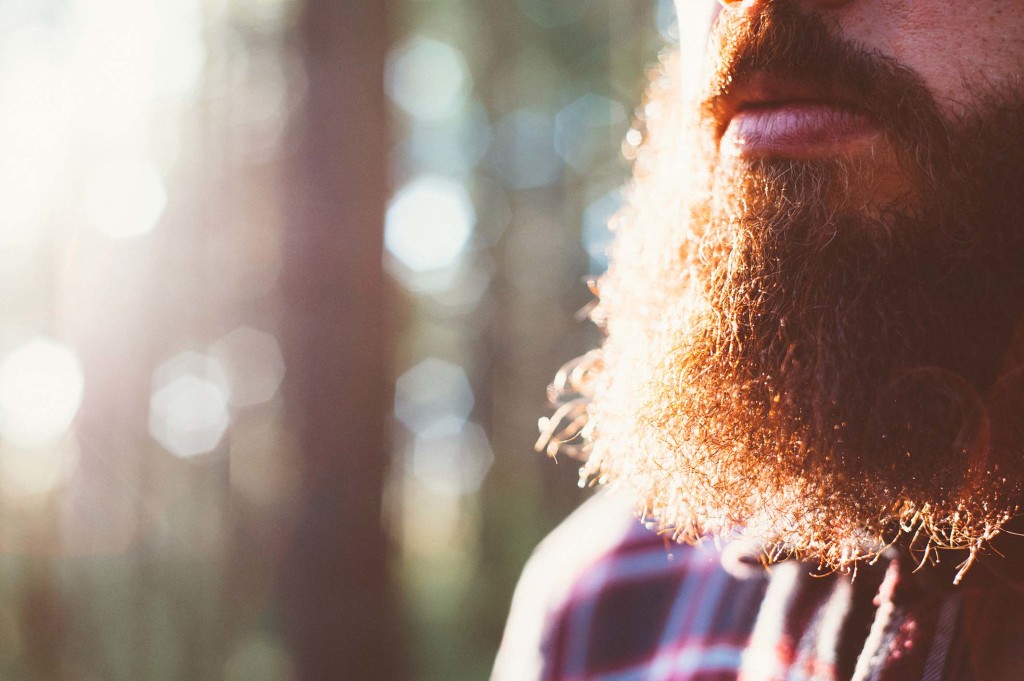 "Did you see that guy's awesome beard? "

Let’s be honest. Having a strong beard is an attention-getter and who doesn’t like to get positive attention for something they have created? It sets you apart from all of the non-bearded, which is a much larger segment of the population. When a bearded man walks in a room people take notice and people can’t seem to resist complimenting it (and touching it).

Beard compliments just plain feel great. When someone says “That is an impressive Beard!” from across the room you experience a feeling of pride and accomplishment. Even the more subtle “Nice beard bro.” makes you feel appreciated. Some of my favorite are the beard remarks that you hear other people make about you but not directly to you “Did you see that guy’s awesome beard?”

Beard Confessions are a phenomenon that I had no idea existed until I had a beard. When my beard got to be a bit more epic I found that non-bearded men would often confess that they couldn’t grow a decent beard,

"Dude, if I could grow one like that I totally would. "

It happens every time I go to an event. It is almost as if they have Beard Guilt (apologizing for not having a beard). Certainly an esteem builder when people feel they have to explain why they don’t have a beard. They might as well be saying “I regret denying my manhood.”

The most awkward beard confessions often come from mens wives who do the confessing for them. “Brad is totally jealous of your beard because his is so patchy and he can’t grow one.” Sorry Brad. 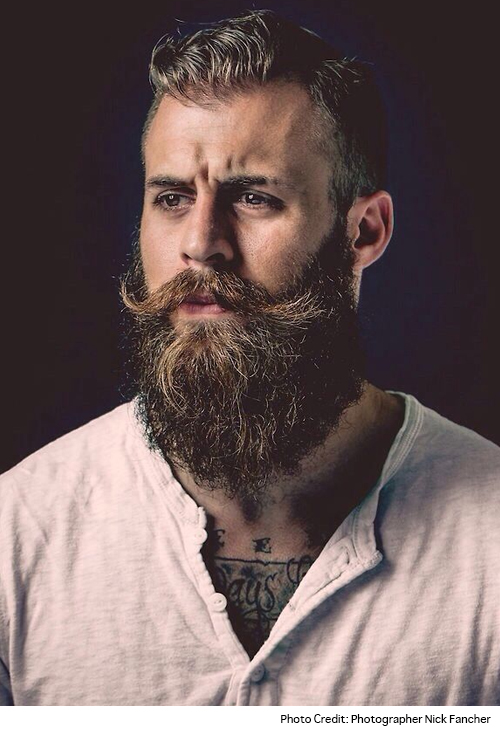 "Having an inner confidence in my beard gives me a calm that doesn't require me to defend or legitimize my beard to anyone. "

Beard Envy takes many forms. Sometimes people are honest and just outright tell you they are jealous of your ability to grow a beard. Other times people exhibit an outright dislike for your beard. Most are probably just jealous. Growing a solid beard is something that not everyone can do, which makes you among the bearded elite. Where there is success, there are always haters.

Envy and jealousy make people say and do strange things sometimes. I try not to take any of it personally. I grow my beard for myself. Beard envy works both ways, it can build you up or attempt to break you down. Having an inner confidence in my beard gives me a calm that doesn’t require me to defend or legitimize my beard to anyone.

There is a perceived social status about the health and wellness of a man with a beard. A beard shows potential mates that you are virile and healthy. A 2013 study by the University of New South Wales showed that …


"full-bearded men may be perceived as better fathers who could protect and invest in offspring. "

The study also asserts that …”facial hair makes men seem more mature and masculine but also more dominant and aggressive.” The women in the study rated cleanly-shaven men as being the least attractive when compared to men with heavy scruff or beards. You can’t argue with science. 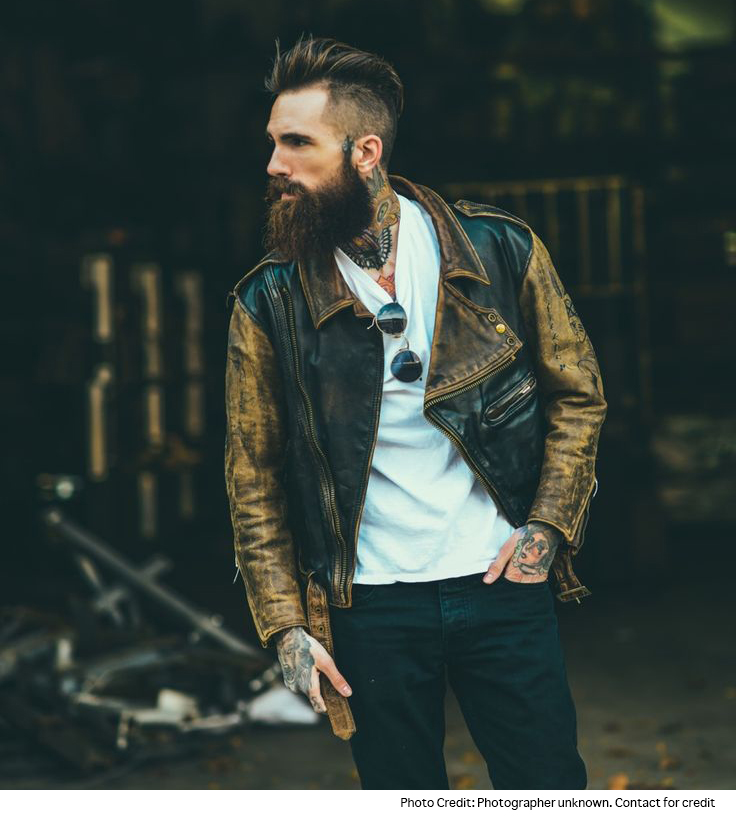 "There is something just a little bit rebellious and unconventional about having a beard."

Growing a beard is making a choice to go against the grain of social norms; especially if you have a job that has a tradition of being a little more clean cut. A beard displays mild defiance without actually breaking any rules.

Beards also make one appear a bit mysterious. People wonder what you are up to. That fact alone breeds confidence. Beards cover up a bit of one’s face and leaves a a little something to the imagination about what you look like under there. I prefer to think that I’m showing something about myself by growing a beard, rather than hiding something.

Strong beards have an authoritative presence about them. They command respect. A beard says “I’m in charge here.” Beards literally distinguish you from others and can be somewhat intimidating to some. Every beard is different, even in a room full of beards you are distinguished.

There is a dignity about having a beard that shows a certain maturity and self-assurance. A beard announces that

"I have graduated from boyhood into manhood and accept all of the responsibilities that lie therein. "

The Greeks and Romans regarded beards as being masculine. Beards have a certain gravitas about them; a Roman virtue that meant having weight, dignity and seriousness. Gravitas was also associated with possessing importance, depth of personality, substance, and earnestness.

I like the versatility of having a beard. I can don a suit and glasses for the look of an intelligent professor or I can wear boots and a flannel for rustic masculinity. It can be an accessory to your wardrobe, or it can be the focal point of your look. A beard sublimely adds to the confidence you have in your appearance.

My brother-in-law shaved his beard when December 1st arrived and I’ve been growing mine ever since. My beard and I have had some wonderful experiences together (including winning a local beard competition) that have undoubtedly contributed to my confidence. How has your beard experience enhanced your confidence?